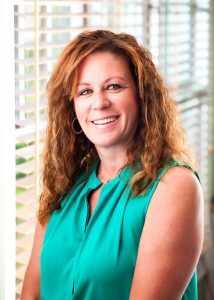 Tammy Artusa, who has been with Seely & Durland Insurance since 1992, has recently been named as an equal managing partner of the agency.

Seely & Durland Insurance has named Tammy Artusa, CIC, AIS, ACSR, AAI, CRIS, AINS as an equal managing partner of the agency. Tammy joined Seely & Durland in November of 1992 as a member of the Personal Lines Department. She became a licensed insurance agent in June, 1993, before her promotion to Commercial Lines Certified Client Relations Professional in 1997, when she began handling business accounts. In 2002, Tammy was promoted to Client Relations Professional Supervisor.

Since her arrival, she has led by example, while her dedication, professionalism, continued education, and love for the insurance industry embodies everything for which Seely & Durland stands.

Tammy now joins third generation managing partners, Garrett and Stuart Durland. She looks forward to playing a crucial role in establishing long-term management continuity well into the agency’s future. Tammy will continue to apply her invaluable wealth of knowledge by diligently guiding her clients and the rest of the staff, providing the tools necessary for growth and success.

Garrett, Stuart, and Tammy will share in the management of all functional, strategic, personnel, and financial decisions moving forward.