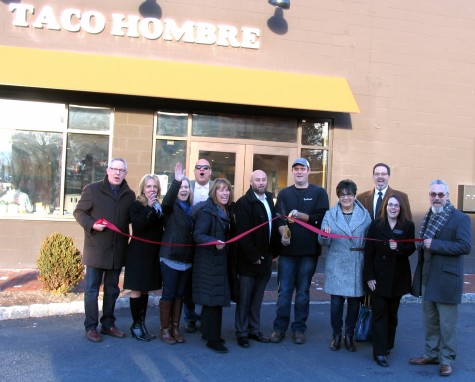 They must be doing something right.

Taco Hombre has been a success story ever since January 2011 when it first opened in the Village of Warwick at 16 Main St.

They served “taqueria” style food based on the northern Baja/Southern California style of Mexican food.

After several successful years in business, and of course some growing pains, Wieber and Kennedy realized they needed a location that better suited their needs.

They wanted a larger more open and conforming space allowing for easier service and more modern equipment. And they were fortunate to find a new location in the spring of 2015 when the former Country Chevrolet property was being redeveloped.

It was a perfect opportunity to move to a new location within a newly renovated property with ample parking, easy access and of course still located on the vibrant Main Street of Warwick.

Wieber and Kennedy have been longtime friends and lifelong residents of Warwick. During and after their college years they both spent time in the Western part of the United States and traveled to Mexico, mainly the Northern Baja region, where they discovered the delicious tastes of Mexican food.

The extensive menu at Taco Hombre, now displayed on surf boards above the counter, features tacos, burritos, quesadillas, salads and much more.

“We believe in always using the freshest ingredients,” said Wieber, “and our specialties include marinated skirt steak, marinated chicken, mahi-mahi, shrimp and slow cooked pork. Our tamales, made every week, are also on the menu as well as fresh Pico de Gallo and guacamole made all day every day.”