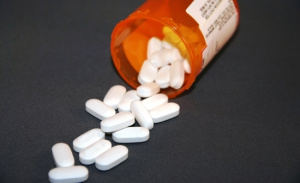 Warwick Valley Community Center and Coalition will host a confidential pill drop on Saturday, Oct. 26, from 10 a.m. to 2 p.m. at the  Caboose on South Street in Warwick. A collaboration between Chase Bank and the federal Drug Enforcement Agency, the event is part of a nationwide effort to reduce the number of expired or unwanted medications in the home that could fall into the hands of unknowing children or teens looking to abuse them. It’s also part of an effort to protect local waterways from the contamination of improper disposal.

According to a press release from the community center and coalition, a large epidemiological survey published last month showed prescription drug related deaths are larger than deaths from heroin and cocaine combined. The Centers for Disease Control reported that since 1999, sales of prescription painkillers have quadrupled, as have the numbers of fatal poisonings from painkillers. The centers noted that enough prescription painkillers were prescribed in 2010 to continually medicate every American adult for a month. To participate in other initiatives to keep Warwick safe and aware, contact the WVCC or come to the next Coalition for the Prevention of Underage Substance Abuse meeting on Thursday, Oct. 24,  at 6:30 p.m. at the center located at 11 Hamilton Ave.